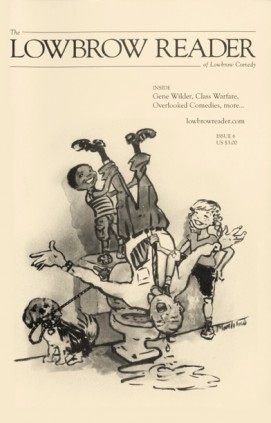 What To Do With Our CEOs?

America has a CEO problem! Executive salaries are running wild, and the gap between the super-rich and everybody else is growing larger by the day. Nonplussed, Lowbrow turned to our nation’s funnymen with the question of our time: What should be done with our nation’s CEOs?

PATTON OSWALT
Comedian
The answer is simple. We need to triple, quadruple, sextuple their salaries. At their current pay level, the most we can hope for from CEOs is slightly profane behavior and garish houses.
But imagine railroad baron-level fortunes, Caligula-strength immunity from any behavior consequences. The only way to destroy this tumor is to feed it until it explodes.
I don’t want a CEO who can get away with having a mistress and a private jet. I want them hollowing out private islands and creating subterranean combat cultures, full of trained hoboes and Russian mail-order brides, breeding battalions of sunlight-deprived berserkers to get back at the swim-team captain from high school who swirlied them at summer camp. I want them burning their names, continent-sized, on the surface of Mars.
Plus, the rebound guilt will go towards creating bizarre philanthropies — literacy courses for reptiles, cupcake walls between Israel and Palestine, and community hooker banks. I’m past worrying about the world being shitty — I just don’t want it to be boring. 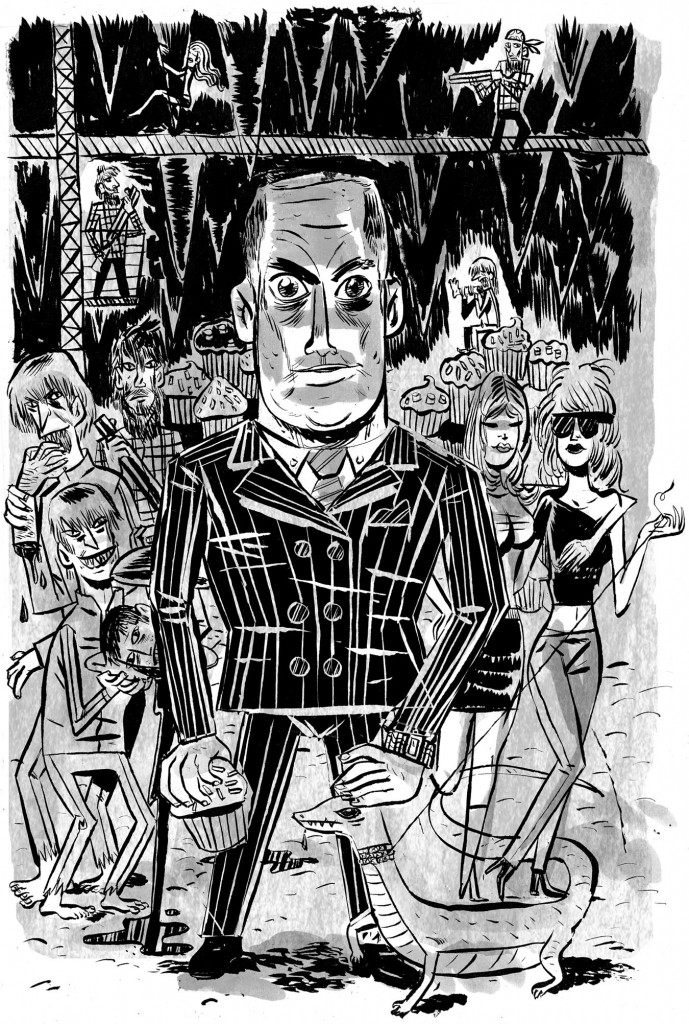 They should all be given big raises so they can buy confrontational contemporary art and finance weirdo underground movies. 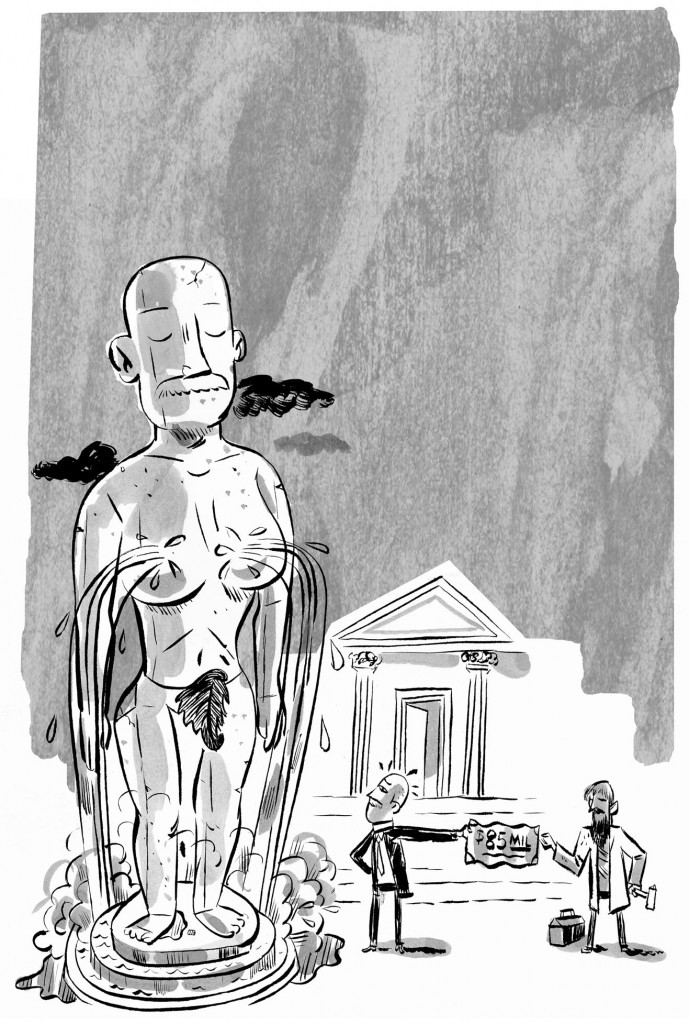 ROB HUEBEL
Comedian, Human Giant
I think CEOs should be forced to go and live for one month a year with their lowest paid employee. That way they could get a feel for what it’s like to struggle as a working family in this country. Wait. This is a great idea for a reality show. Oh shit. Don’t steal my idea. It’s called “Fortune 500 on the Futon.” Just a bunch of old white guys sleeping over and trying to scrape by with a low-income family. And in the last episode, the family gets to kill and eat them. 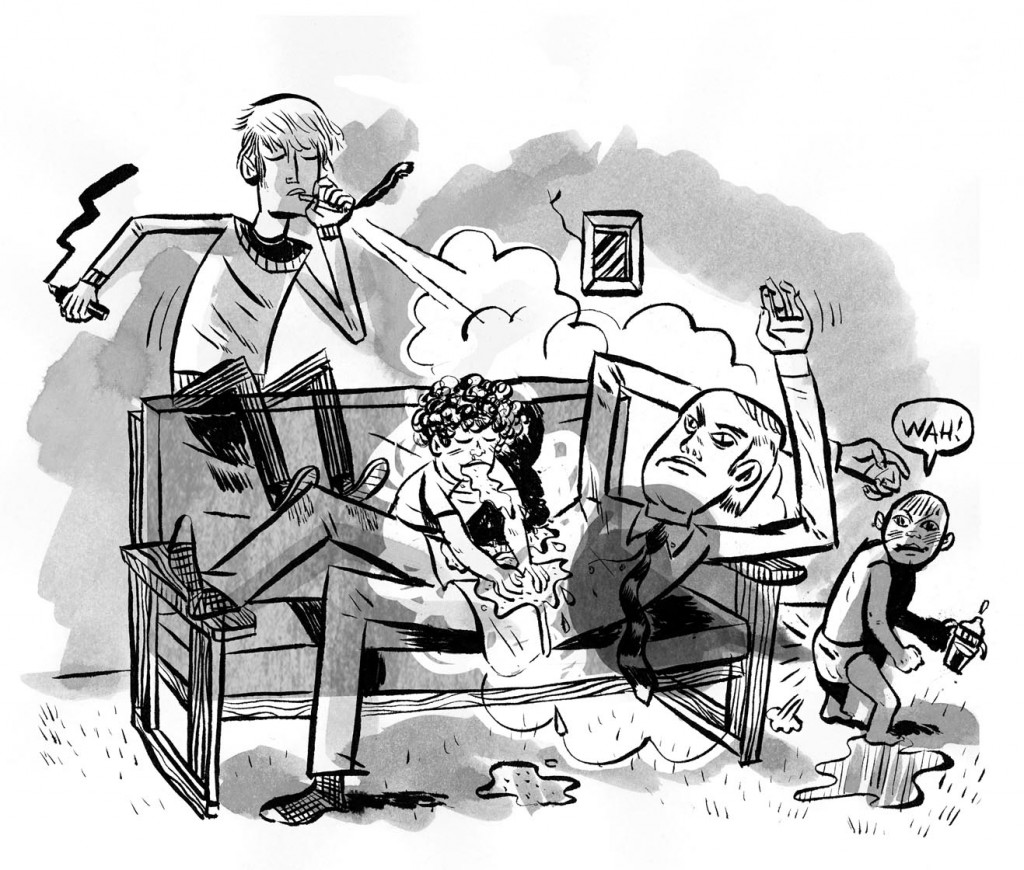 JUSTIN BOND
Performer and “Flaming Creature,” Kiki and Herb
Since most of them are old, white, fat and suffering from compromised colons
– cancer, diverticulitis — it wouldn’t be very practical to give them anything to do that would be too rigorous. They would probably be most useful either on their hands and knees or bent over something. I’m thinking that so many people have been running around catering to their unreasonable demands and expectations for so long that a lot of us have sore and calloused feet. The best thing we could do, then, is to put them to work in nail salons across the country. I think it would probably take two CEOs per person — one for each foot. Every exploited worker should get fifteen minutes on a massage chair with each foot up the ass of a “retired” CEO. That should be just enough time to exfoliate and soften even the most over-exploited worker’s tired and careworn feet. Maybe it would even ease the dreaded “Restless Legs Syndrome.” 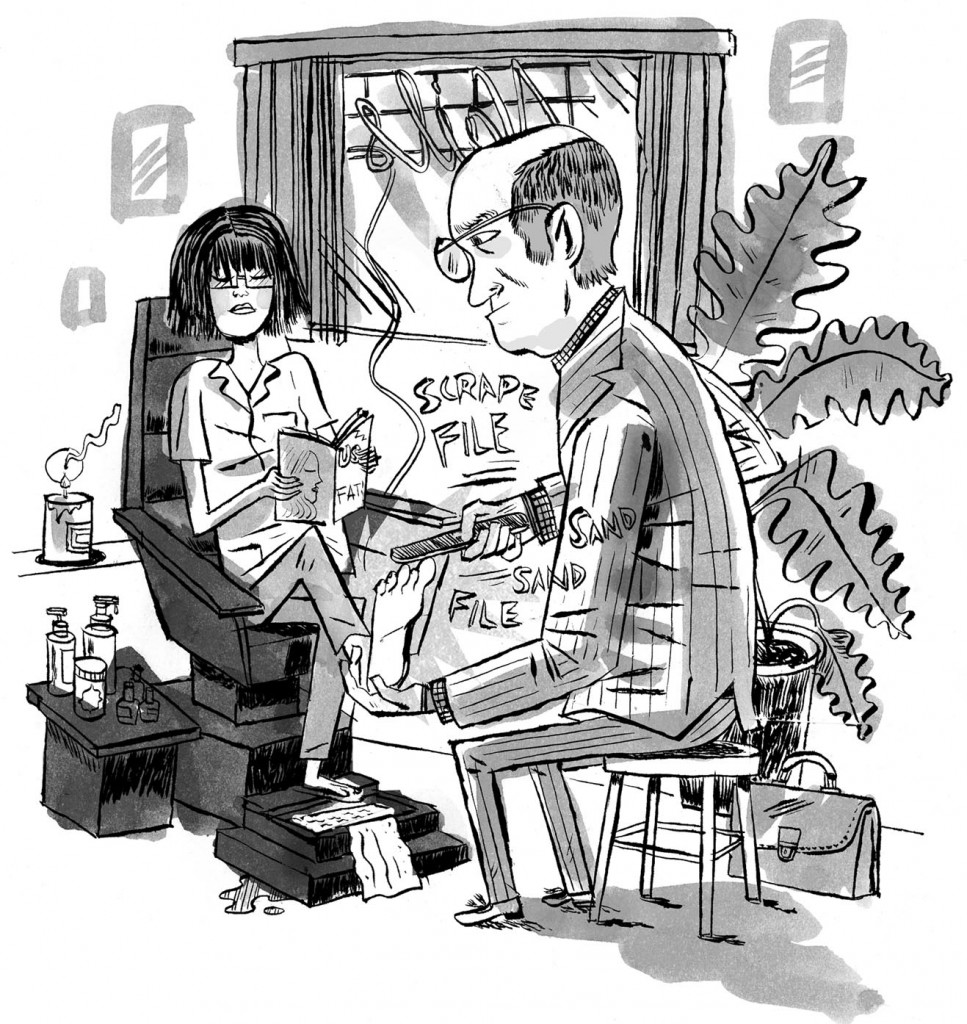 MICHAEL J. ROSEN
Writer, Former Thurber House Director
Abraham Maslow, father of self-actualization, once said that if the only tool you possess is a hammer, everything begins to look like a nail. Actually, it can’t require much fatherly stature to suggest that hammer-headed CEOs everywhere have a screw loose! They need other tools to appreciate the human machinery that floats their boat on a sea of wealth.
In lieu of a $450/hour session with the too-late psychologist, I’d recommend that for every extra digit that a CEO’s salary exceeds the lowest paid employee in his or her company, the CEO spend one quarterly earning period contemplating company operations not as a metaphorical hammer, but as one of the following tools: a dandelion weeder, a saws-all, a fistful of extra-fine steel wool, an oyster-shucking knife, a table crumber, a pair of extra-small latex gloves, or a staple remover. The real challenge, of course, as “things” begin to look a little different, is how to use such personal transformations to create lasting corporate change, inspiration in the workplace, increased profits — and still manage a little insider trading. 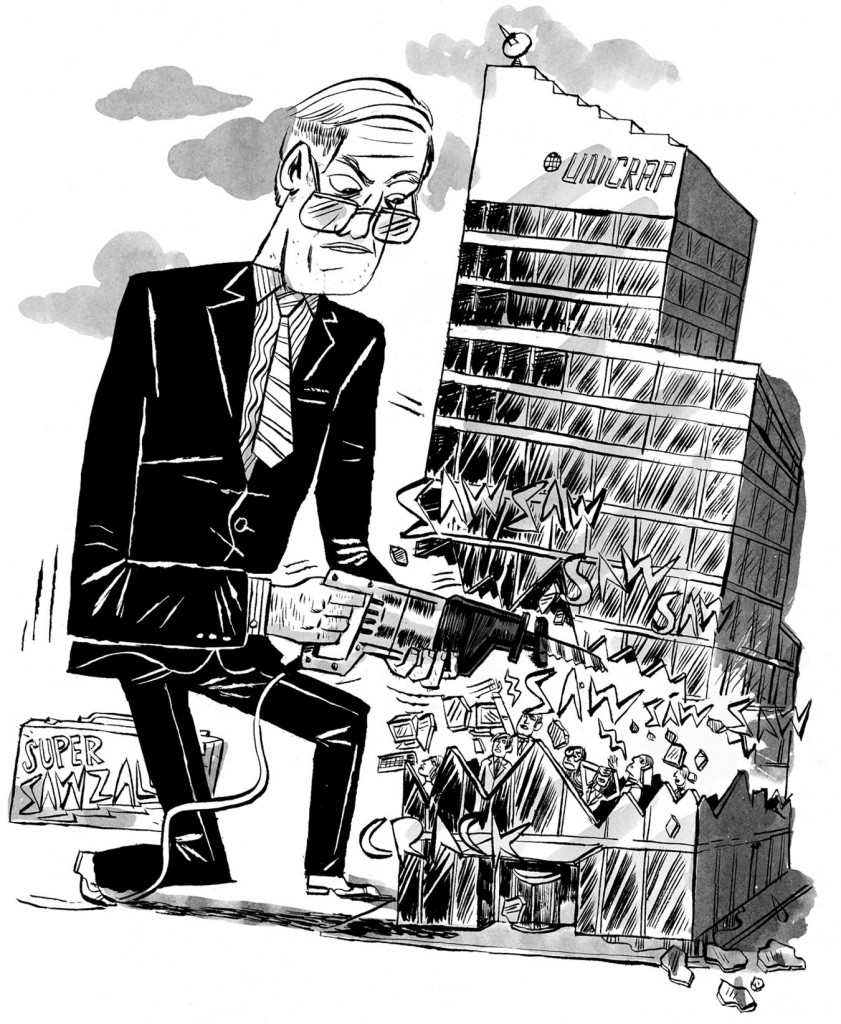 GEORGE SAUNDERS
Writer
I don’t really know what else we can do with them, other than praise them — for their excellent accomplishments, their positive attitudes, and their ability to, by skillfully working within the system, build a better world — for themselves, yes, but also for us. I think we should especially praise those who aren’t very good at it; the ones who go from corporation to corporation, leaving them just as they were, or even running them slightly into the ground, all the while collecting huge salaries and bonus packages, until finally they really screw one up and are fired, at which time they get rich again by writing a “how to succeed” book. We should also praise them for being smart enough to earn up to 50 times what their average worker is making. You think that’s easy? You try it! My average worker, “Mo,” makes ten dollars an hour. Which means I would have to make $500 dollars an hour to be as smart as the average CEO. Which, guess what? I don’t. I am doing this interview right now, answering this question: for free. So who’s the idiot, me or your average CEO? I’ll tell you who: Me. “Mo” agrees. “Mo,” what are you doing, reading over my shoulder when you’re supposed to be fanning me? I may have to cut your pay. Ha, ha, just kidding. Put down the cudgel. Go trim the sheep, “Mo,” I don’t want to get into a big thing with you. 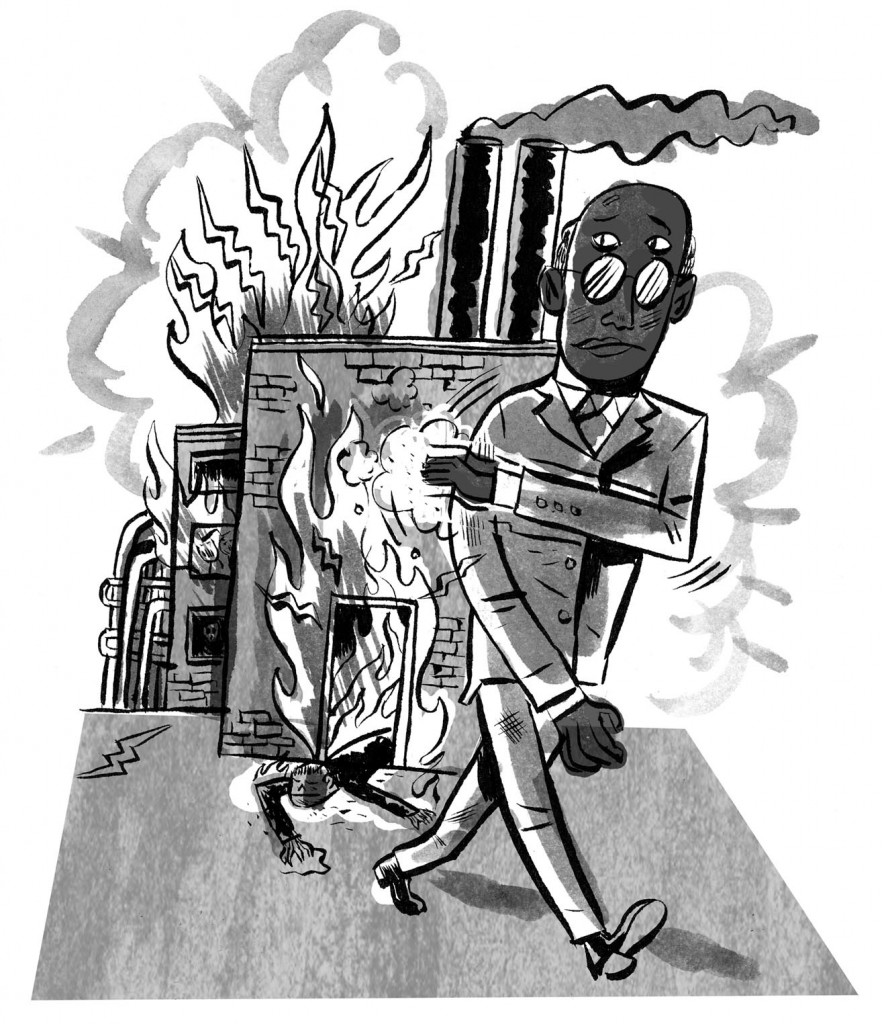 I’m writing a song about it. I think that will solve the problem.
I did the first Farm Aid and the farm problem cleared up. I’ve written songs about civil rights and no one even mentions that issue anymore. 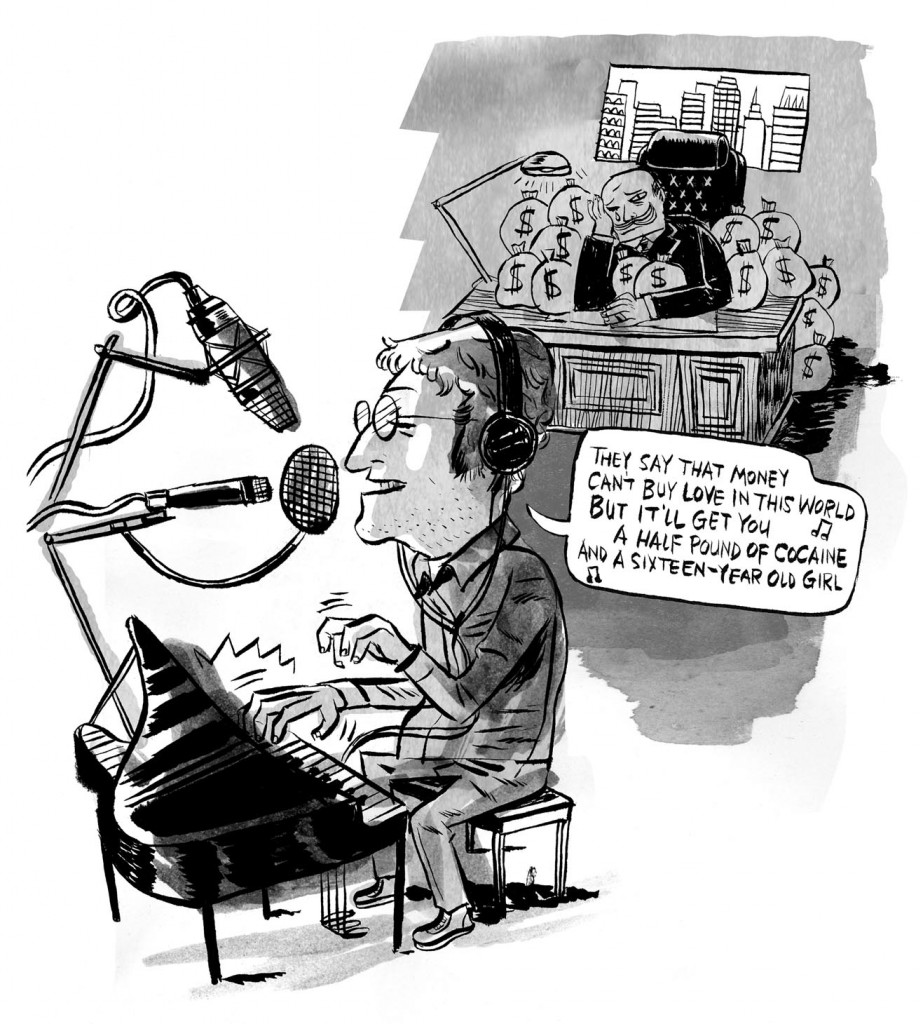