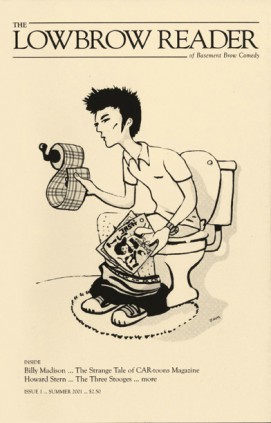 It has come to our attention that this summer, the Lowbrow Reader celebrates 20 years of publishing. That’s right: Eleven issues and one book in a mere two decades. Does any other American publication have such longevity and productivity? We think not! the Atlantic? That old cow has been around for—what?—15 years? And the New York Times? Sure, it’s 30 years old or something, but how many issues have those goons coughed out into the world?

While lesser publications might commemorate this marker with some bloated 20th anniversary issue, Lowbrow will be quiet through 2021. But don’t worry, we will return to magazine stands next year, with…um, a very special 21st anniversary edition! In the meantime, you can order our latest issue or wondrous book anthology today. Celebrate the Lowbrow Reader’s anniversary the classy way and pick up 20 copies of each!