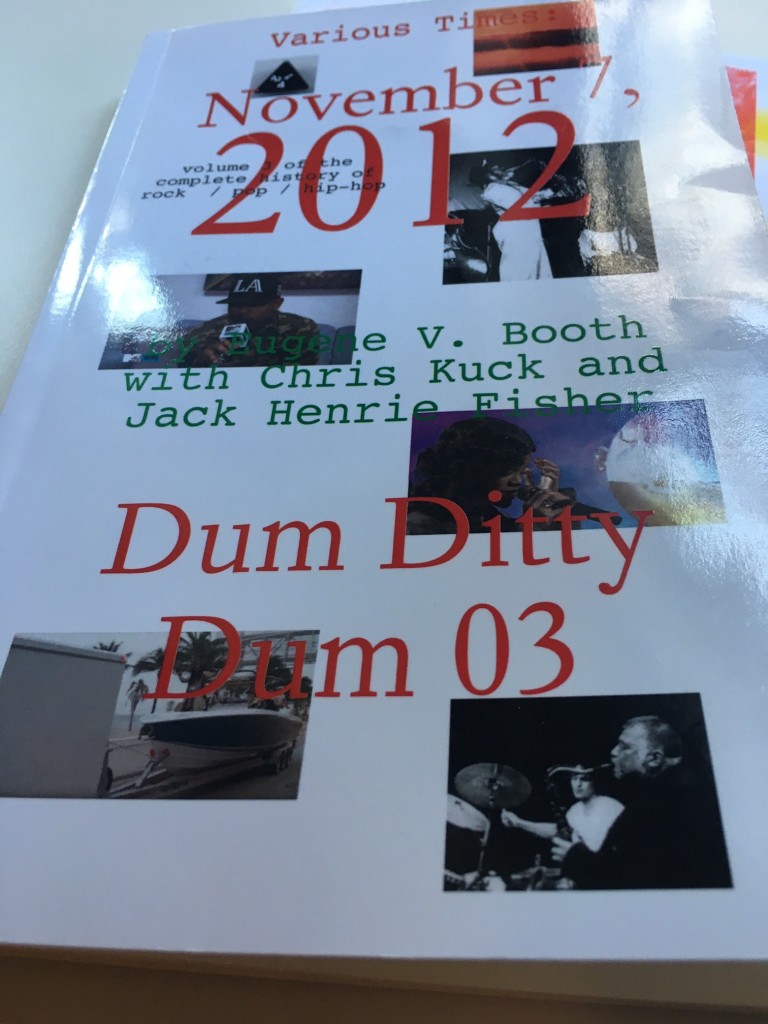 By now, it’s pretty clear that the Internet will never be the path to salvation. Print remains the future, okay? For one glimmering piece of evidence, see a recently hatched music publication that we heartily and unequivocally endorse: Dum Ditty Dum. Published in Chicago by Other Forms, Dum Ditty Dum is high concept and cerebral yet lucid and fun. In each issue, the editors examine a single day from the rock era, defined here as launching in 1950 and halting—much like democracy itself!—in the last few years. The day is generated at random, “to understand by inference the total set of ad-hoc forces operating at the spectrum of popular rock music in that single arbitrary moment.”

The new Dum Ditty Dum issue, #3, looks at November 7, 2012. Written by Eugene V. Booth, with Chris Kuck and Jack Henrie Fisher, DDD #3 examines its day’s hitmakers, in particular Kendrick Lamar. But it also addresses the avant-garde: The month marked the final tour of Peter Brötzmann’s Chicago Tentet, whose ashes get sorted via both essay and a sharp Q&A interview Booth conducted with the musician Fred Lonberg-Holm. Previous issues looked at October 28, 1977 and March 24, 1987. All DDD issues are designed with panache, crisply written, and blissfully individualistic. Don’t slack on this. Check out Dum Ditty Dum at once!