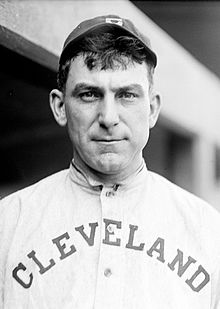 “Following years of protests from fans and Native American groups, the Cleveland Indians have decided to change their team name, moving away from a moniker that has long been criticized as racist.” – The New York Times

Naps: While this name—in honor of the Hall of Fame second baseman Napoleon “Nap” Lajoie—has been used for a Cleveland baseball club before, it also paints an accurate picture of what my grandfather would do in the sixth inning as his team was losing yet another game.

Pennys: My mother’s name is Penelope. She goes by Penny. Born in University Heights in 1951. It also doubles as a price point for how much a ticket should cost to see a game played by an organization that has not won a World Series since 1948.

Fellers: Not to be confused as an honorific for one of the best pitchers of all time, Bob Feller, this is instead the way my Cleveland-born, steel salesman grandfather would pronounce the word “fellow” after an encounter with another man.

Spiders: Another former name for the team. But for my family from Northeastern Ohio, this is mostly about the giant bugs that crawled out of the ravine next to the house on Lake Erie.

Lawn Mowers: Okay, Pop-Pop, I get it. Even on vacation, there are chores.

Rockers: Yes, the Rock & Roll Hall of Fame is in Cleveland. You will also find the rocking chair hall of fame about 45 minutes east in a living room in Madison, Ohio.

Stop Signs: Some have suggested that “Burning Rivers” be considered, a tongue-in-cheek jab at the Cuyahoga River’s tendency to inflame over the course of a century. Instead, here we tip our Chief Wahoo–less caps to that time that my cousin Will and I found a real, rusty Cleveland stop sign while we were swimming in the lake. (This name could also function as a guide for the third base coach as a sluggish Cleveland runner attempts to round the bag.)

Yankees: Because the Indians caused the family so much distress over the years, my hard-headed grandmother switched allegiances to another squad that, at the time, was in the same division. Her remarks of “at least they actually win” did not sit well with most of us—but, hey, she wasn’t wrong.

Aqua Sox: The Dantean script “abandon all hope, ye who enter here,” should be inscribed upon every Lake Erie beachfront sign marking hours and prohibited items. You’re going in barefooted? There are rusty stop signs in there, man.