You Gotta Be Kidding Me With These Drones, Nerds 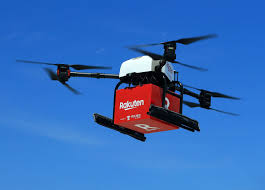 “Another Defense Department official said that law enforcement agencies were planning for any number of possible events, some of them horrific. Worst-case scenarios include snipers targeting inauguration dignitaries, ‘suicide-type aircraft’ entering Washington’s restricted airspace and even remote-powered drones attacking the crowd.” – The New York Times

My fellow citizens: I stand here today, at this inaugural address, humbled by the trust you have placed in me. I am ready to take on the many challenges that await us as a nation.

I also stand here looking at all of these flying attack drones over my head. You gotta be kidding me with these things, nerds.

Go ahead and shoot those suckers down. Thanks.

Today I recognize that the challenges we face are real. These obstacles include the pandemic, an attack on our Capitol, record unemployment, racial injustice and stark political divisions.

One such challenge is not these cockamamie unmanned aerial vehicles, though. We have 20,000 United States National Guard troops and Lord knows how many members of the Secret Service present.

Oh, look. Down goes another drone.

We are still the greatest nation on Earth. We Americans are still full of creativity, innovation and energy. For instance: Think of all of the science and technology it must have taken to get the XL-56T spinning right over my head off the ground.

Ha, just kidding. I made that name up. I don’t know what they’re called because I am not a poindexter.

We are in the fight of our lives, but I know that if we are united, nothing can stand in our way.

And speaking of the fight of our lives, I used to fistfight a gang leader in east Wilmington named Corn Pop. Did you comic book–reading dweebs think I’d be afraid of your little helicopter toys? Are there supposed to be lasers or little ninja stars on these things?

In the Declaration of Independence, Thomas Jefferson writes, “We hold these truths to be self-evident, that all men are created equal.” We live by these words. And we die by these words.

He must not have been talking about people who fly drones, though. Burn.

Thank you. May God forever bless the United States of America. And may He bless you all.